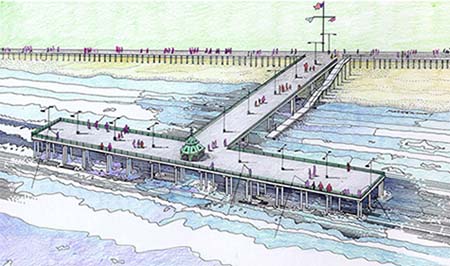 There is a strong fishing community on Staten Island. A fishing pier had been built in the South Shore which did not reach adequate depth in the ocean and there was an outcry from the fishing community. In response, the Borough President set about building a much longer fishing pier.This rendering set the tone for the funding and construction. The primary mandate was that it would be adequate depth for good fishing. Secondly, that the pier could serve as a future docking point for fast ferries bringing Staten Island passengers from the parking areas on Father Capodanno Boulevard to Manhattan locations. 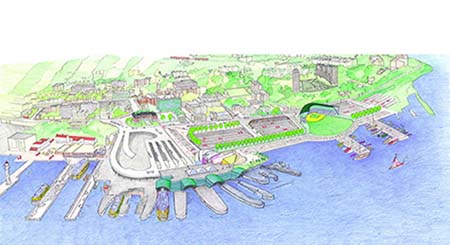 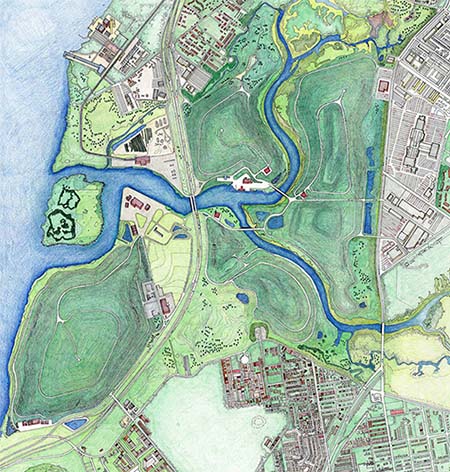 During the administration of Borough President Guy Molinari the Staten Island Fresh Kills landfill closed. The landfill had been notorious for being the largest landfill on Earth. The political alignment of Governor Pataki, Mayor Giuliani and Borough President Guy Molinari allowed for the closing of the landfill after many years of attempts to close it. Guy Molinari said 'Vinny, the people of Staten Island have been lied to so often about this, I want to show them exactly what the closed landfill will look like.' The rendering is based on satellite photographs. The City of New York later held a competition to develop the 2,200 acre site as a park use. This competition was won by James Corner and Field Operations and their plan is being built. 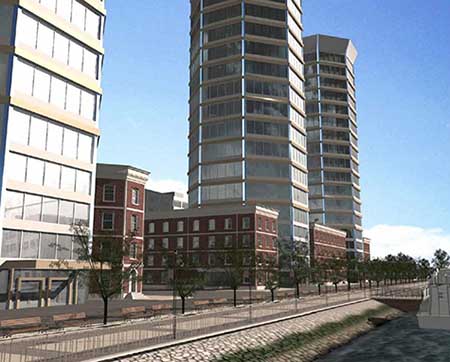 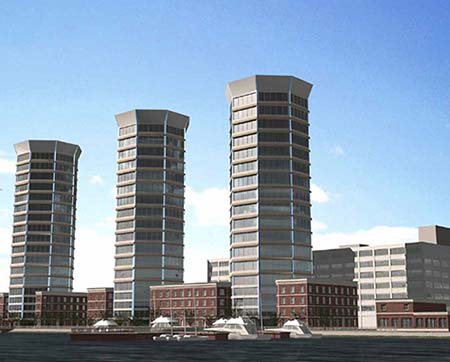 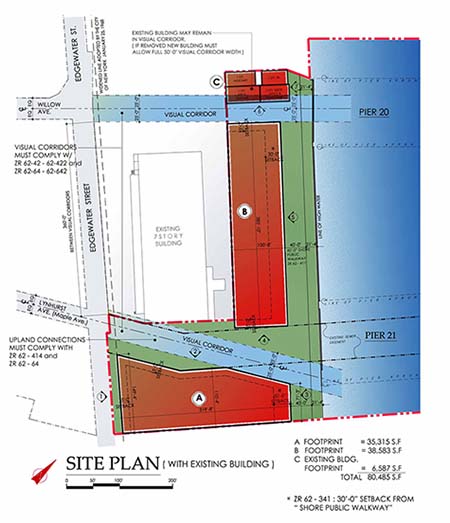 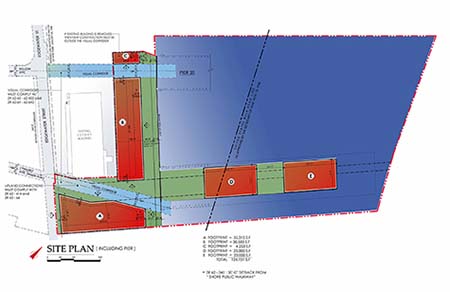 This is a study for a mixed use project to be developed to comply with the NYC City Planning's waterfront zoning regulations. The proposal contains view corridors as extensions of existing streets and waterfront development regulations offering public access to a continuous promenade adjacent to the waterfront, extending theoretically from the Staten Island Ferry site. Proposed uses are residential and commercial activities.