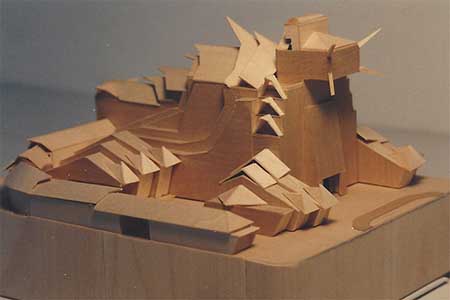 The Dragon Building was designed in response to an open competition for The Korean American Museum of Art and Cultural Center, to be built in Los Angeles on a property bound by Olympic Boulevard, Irolo Street and Mariposa Avenue. 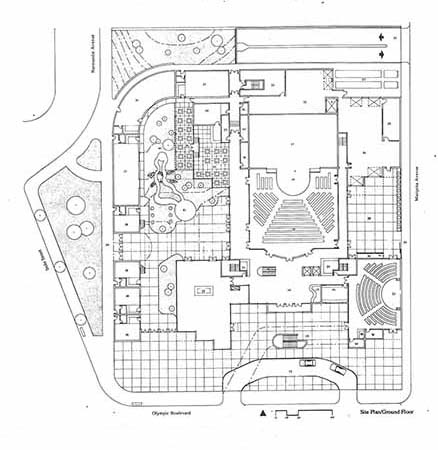 To me, the most powerful human forces are of culture; art, music and dance, wisdom, beauty...

For the Korean Museum of Modern Art open competition I used the dragon form as a symbol of the powerful mystery of life. 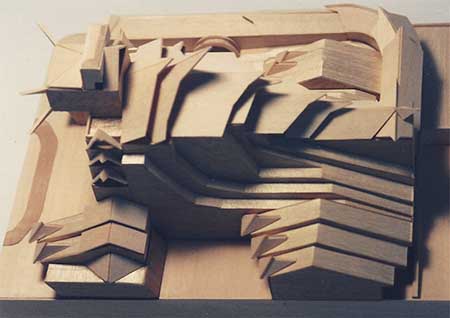 The program was matched anthropomorphically and metaphorically; The body of the dragon and north facing scales housed the main work; art galleries and studios. 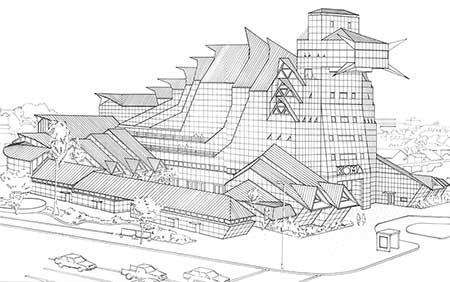 The belly houses a large theater. The tail wrapping around a courtyard contained artist housing. In the courtyard is a pond and a small stream. 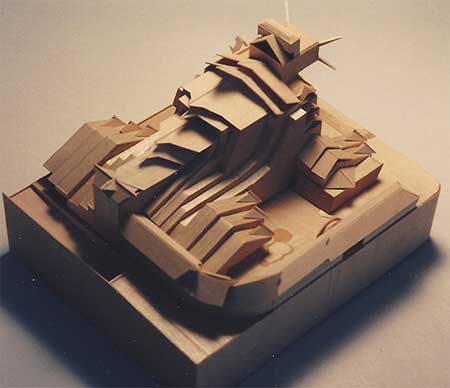 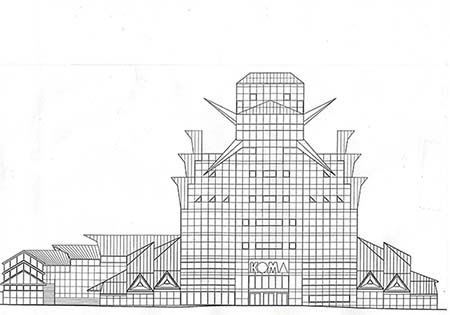 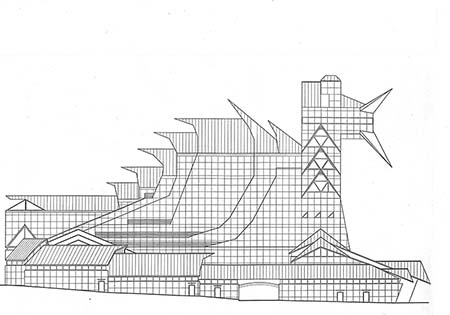 Right side view, Irolo Street elevation of the Dragon Building 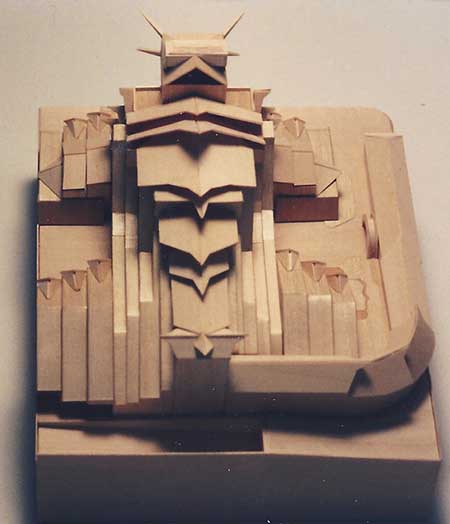 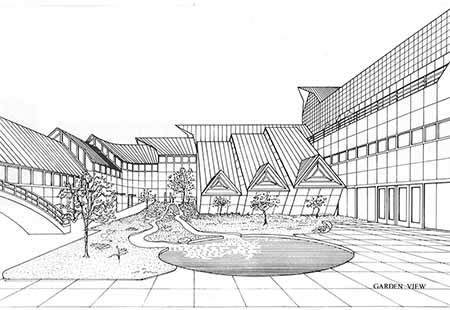 View of the courtyard formed by the tail wrapping around an interior, outdoor space. A small stream feeds a circular pond, returning by a second stream to its source. 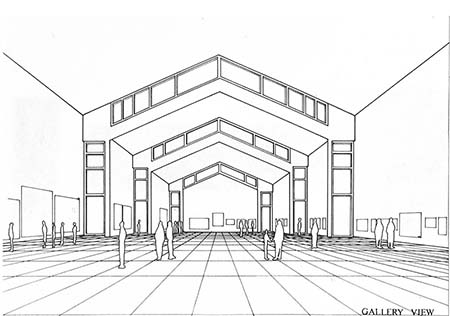